When preparation meets opportunity, it is a beautiful thing. At the Level Playing Field Institute (LPFI) Summer Math and Science Honors (SMASH) program, the rate of interaction between the two is high. Recently, SMASH has started offering an alternative program to their scholars during their 3rd year in order to gain more specialized STEM experiences at other educational institutions.  Scholars chose programs aligned with their fields of interest and included training in computer coding, clinical research, and more. This year, two SMASH scholars used their alternative summer to participate in *Make School for an 8-week computer science program where they learned to build, deploy, and market an app. These scholars budding examples of what a tech ecosystem can look like — in people and in product.  Read more about their stories below.

This summer I had the privilege to be among eighty other students learning iOS development in San Francisco. Now other programs I have attended consist of students that are from around the Bay Area, but at Make School that wasn’t the case. Instead, mostly everyone in the program was from different states and countries all over the world. I got to learn more about the culture in countries like Brazil, Russia, Slovakia, China, and Honduras. This experience allowed me to not only become more open minded and aware of what is happening in other parts of the world, but it allowed me to change my perception of the world.

Prior to this experience I had been accustomed to having to depend on others, but as I commuted every day, made my own meals, and decisions I saw myself grow into a more independent young woman. Now through the course of eight weeks I was able to create my own application and ship it into the Apple Store. 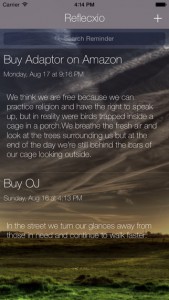 My app Reflecxio is an application that sends you reminders of your tasks and gives you a quote to reflect on. All quotes are created by me and they talk about social issues. Through my app, I hope that I can spread awareness of these issues and make others want to make a difference.

During my summer journey I had the help of wonderful instructors, peers, and staff that motivated me and helped me finish my app and grow. I was able to make friends and mentors that I want to have in my life and my career.

Check out my app Reflecxio in the app store. 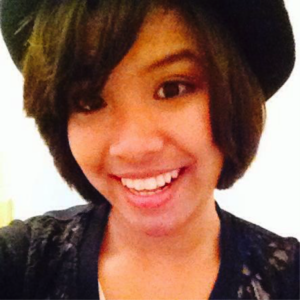 Before my freshman year in high school, I did not know what computer science was, and now it is one of the things I am most passionate about. Even though I am the section leader of my school’s band saxophone section and am also in student government I always try to squeeze coding into my schedule. I am glad to have joined Make School during the summer because it not only gave me experience in the field I love, but I also got to meet many unique people who are as passionate as I am.

At the beginning of the program I did not know what I wanted to do, all I knew was that I wanted to make a game so I joined the games track. To my surprise, there were fewer people than I had expected (which was about 20 or so people).

Starting our first couple weeks we practiced in Swift with tutorials that wer
e clones of very popular games (e.g. Flappybird, Game of Life, and Timberman).  But at the end of it I still had no idea what kind of game I wanted to make. I then started downloading a bunch of endless scroller games and chose aspects that I liked from them. I started with a bunch of different ideas and eventually thought of making a difficult tapped based endless scroller game; by the 5th week into the program I was finished with making a playable build. I had all the basics of my game figured out and then started polishing to make my game look pretty and more fun to play. I started by modifying the controls to make the game much easier, finding the exact numbers for a good speed-up in the game and the best EXACT height for jumping onto various platforms, and also making the art for my game; all of this was finished by week 6. On week 7 I started fixing the different animations in my game, character select, making a shop, Facebook like and twitter follow, and getting an actual developer’s account so I could put it onto the store. By the end of week 7, I had shipped my build to Apple and continued working on these aspects during the process. I had fixed everything by Wednesday of week 8 and waited for Apple’s reply. Demo day was hectic; I met various individuals from LPFI, a SMASH alumni, and some of the organization representatives. They all thought my game was hard (even harder than Flappybird) and by 5:30 on that day it was ready for sale on the app store.

The experience I had at Make School gave me independence and trust from my parents. This experience also helped me realize how much diversity there is in the Computer Science field and made me want to pursue my coding dreams even more.

Check out my app Double Up~ in the app store. 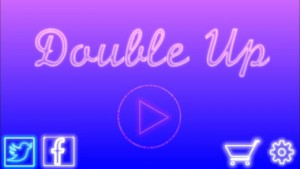