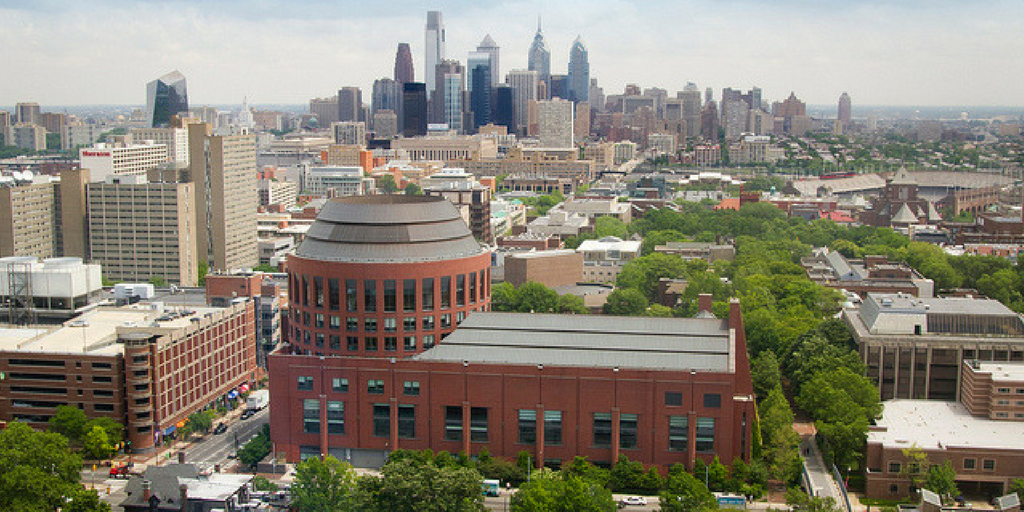 Oakland, CA (October 26, 2017) – SMASH, the Bay Area based education program for high school students, announces the Wharton School of the University of Pennsylvania will become the sixth institution to offer their signature STEM program.

SMASH is a three-year, free-of-cost, residential college preparatory program targeting high school students from traditionally underrepresented communities interested in pursuing science, technology, engineering and mathematic (STEM) careers. Beginning the summer after 9th grade, SMASH scholars take rigorous science, tech and math classes that will supplement their learning during the academic year. In addition, they will take foundational business courses such as statistics, economics and marketing classes that will empower them to pursue tech entrepreneurship.

The inaugural group of students accepted into SMASH at Wharton will live on the University of Pennsylvania campus for five weeks during the summer of 2018 and will all come from the greater Philadelphia area.

“STEM and business are inextricably connected — a partnership with the Wharton School felt like a natural fit for SMASH,” said Eli Kennedy, CEO of SMASH. “The students we serve are not only natural leaders but natural entrepreneurs as well. Wharton is world-renowned as an environment that fosters critical thinking, business acumen and innovation. I think it’s important to make exposure to this kind of space available to students from underrepresented communities in the greater Philadelphia region. The future of the community depends on providing this kind of opportunity to its young people.”

“Our partnership with SMASH [formerly the Level Playing Field Institute] to offer SMASH at Wharton demonstrates our commitment to providing opportunities for students from underprivileged communities who show great academic potential,” said Lori Rosenkopf, Professor of Management and Vice Dean, Wharton Undergraduate Division. “We look forward to welcoming underrepresented high school students from the Philadelphia region to campus as they partake in a curriculum designed to spark interest in tech entrepreneurship.”

US News and World Report has called SMASH “perhaps the most ambitious program to encourage African American and Latino students in STEM fields.” For over 14 years, SMASH has provided hundreds of students with access to rigorous STEM coursework and a top-level support network of mentors, professionals and peers working to close the achievement gap. The launch of SMASH at Wharton is in line with Mitch Kapor and Freada Kapor Klein’s $40 million investment pledge that includes expanding SMASH programming across the nation.

“STEM companies of all types, whether they’re tech or pharma, need more senior managers from underrepresented communities to bring innovation to product design and to inspire the next generation. SMASH at Wharton will help close that gap,” said Freada Kapor Klein, founder of SMASH and Partner at Kapor Capital. “By pairing the SMASH way of culturally-relevant, research-based STEM training with Wharton’s premier business discipline, we will give entrepreneurially-minded scholars the opportunity to see themselves as future leaders in tech.”

“Unlike many of my more affluent peers at Penn, I did not have access to the best teachers or the best learning environments at my high school in Los Angeles. That all changed when I got into SMASH,” said Alfa Lopez, SMASH Academy alumna and current student at the University of Pennsylvania. “SMASH challenged me with rigorous STEM coursework that strengthened my desire to pursue engineering. The program also equipped me with the skills to navigate the college environment and developed my confidence as a professional woman of color. Because of SMASH, I was confident that I belonged and deserved to be at Penn.”

The SMASH at the Wharton School will open its application November 2017. Eligibility requirements can be found here: https://www.smash.org/smash.

Founded in 2001 by Freada Kapor Klein, SMASH is committed to eliminating the barriers faced by underrepresented people of color in science, technology, engineering and math (STEM) and fostering their untapped talent for the advancement of our nation.

Founded in 1881 as the first collegiate business school, the Wharton School of the University of Pennsylvania is recognized globally for intellectual leadership and ongoing innovation across every major discipline of business education. With a broad global community and one of the most published business school faculties, Wharton creates economic and social value around the world. The School has 5,000 undergraduate, MBA, executive MBA, and doctoral students; more than 9,000 participants in executive education programs annually and a powerful alumni network of 96,000 graduates.

Revision: SMASH was formerly known as the Level Playing Field Institute. This press release was edited to reflect the change.