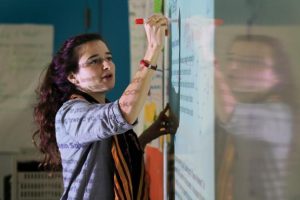 Computer occupations are not only some of the fastest growing in California and the nation, but also among the highest paying. Yet, by 2022, the nation is projected to have 1.3 million unfilled jobs in these fields, many of which will be located in our state.

In large part, this shortfall is  a consequence of the lack of access and disparities in access to computer science education in California. According to the Level Playing Field Institute, 65 percent of California public high schools offered no computer science courses in 2015; only 13 percent offered AP Computer Science.