On this final day of Women’s History Month, we celebrate our very own Frieda McAlear, LPFI’s new Research Associate. Frieda is Native Alaskan (Inupiaq) and is the first woman in her family to obtain a degree in Computer Science. During her time in college, Frieda made it her personal mission to encourage other women of color who were unsure about pursuing STEM career pathways. More than a decade later, she continues to be a role model and mentor for young women of color pursuing STEM. Frieda believes that “resilience is a big part of my cultural identity as a Native Alaskan, which may be partly why I chose to study subjects that were very challenging to me. Coding taught me to break apart complex problems, be patient in correcting mistakes, work at scale from the beginning of a project, and embrace the challenges of detailed analysis.”

Frieda uses her math, science and computational training as a Research Associate for LPFI, reporting that:

Our 2014 SMASH evaluation demonstrates that after completing SMASH Academy Computer Science courses, female SMASH scholars (100% of whom are from backgrounds underrepresented in STEM) were:

We welcome Frieda to LPFI and recognize her among the growing number of female role models in STEM.

Thank you to our supporters for joining Frieda and LPFI in our mission to reverse the significant underrepresentation students of color and women in STEM continue to face. 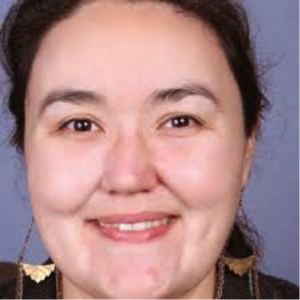